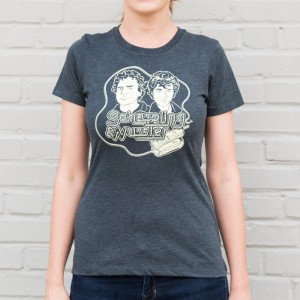 New Scharpling & Wurster shirts are available at Stereolaffs! These are the shirts that were available at the two sold-out Rock, Rot & Rule 20th Anniversary shows in NYC in October.

Also, while you're there - pick up one of the 20th Anniversary posters! We have just a handful left. These posters are SIGNED by Tom Scharpling and Jon Wurster! When these are gone, they’re gone! 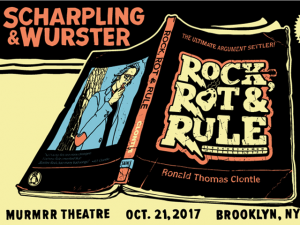 These amazing shirts and posters were illustrated and designed by Jeff T. Owens.